If you've been watching the Athletics World Championships this weekend, you will most likely have seen some amazing sporting moments from Mo Farah to Usain Bolt and many, many more.  But the leading lady that I think deserves so much credit for her performance this weekend is the wonderful Jessica Ennis-Hill.

This is the moment she won Gold in the heptathlon during the Beijing Athletics World Championships. 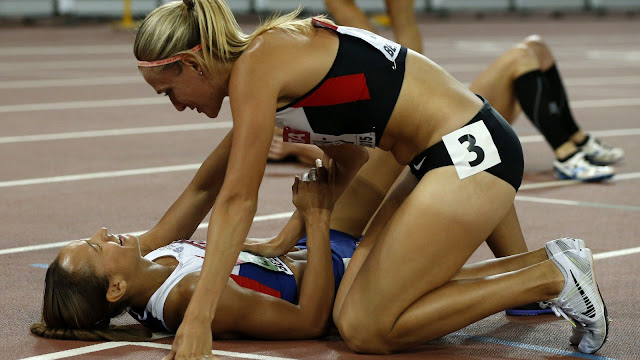 It has to be one of my all time favourite pictures too, as Ennis-Hill overtook Theisen-Eaton to win the race and overall first place in the women's heptathlon.  The support and joy between the two women in this photo is amazing to see.  That's what true sportswomanship is all about. 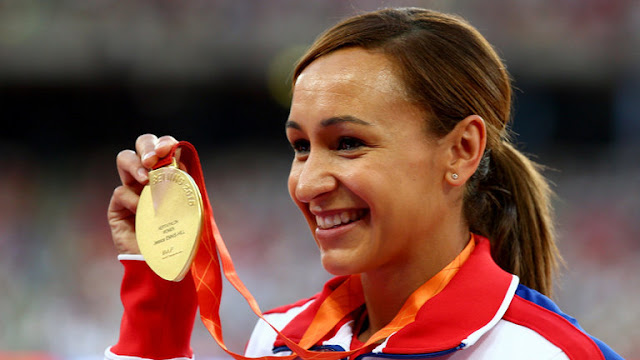 I have been watching Jessica Ennis-Hills career since the Olympics in 2012 and she has achieved so much in life as well as in sports.  Which is also one of the reasons why no one was expecting her to win Gold this year, after the birth of her first son Reggie, so I am so pleased for her.

Here's some great footage (in case you missed it) that covers off Jess' amazing performance during the Athletics World Championships. 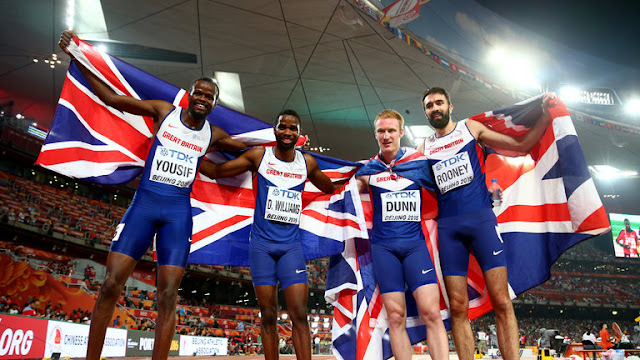 Email ThisBlogThis!Share to TwitterShare to FacebookShare to Pinterest
Labels: SPORTS