A Year Without Make up

This morning I read an article via bloglovin' titled A Year Without Make up and it really made me think - actually that's a lie, it's something that when travelling I have spoken about with girls in dorms a lot.

When you are travelling you meet lots of different cultures, some that you are in awe of, some that you find peculiar and others that you don't really notice because their routine is pretty much the same as yours.

I grew up with a brother and a sister and as the older of the two, I was the first to experience everything growing up and that included make up (yes we put make up on our brother, who didn't - he has way better eye lashes than me and I am jealous).  We were all brought up in the same house by the same parents and me and my sister experimented with make up together, from the early days of 'drag queen-esque' when the lipstick went all over our mouths and we stole our nan's beautiful blue eyeshadow, to the days of clear mascara and lip gloss at school, so your teachers couldn't see what you were wearing and then along came fake tan.

I would like to say that I am more of a minimalist girl these days, wearing only the bear basics and dressing it up a little when I go 'out out' with my friends in the evening.  But my sister doesn't know the meaning of 'less is more'.

There have even been times, when if me and my sister are out together, people have asked us questions like 'do you have the same dad' or 'are you different races?'.  But we have the same parents - our dad is Irish and our mum's nickname at school was 'milk bottle Milton', so you can't really imagine how we would ever be lucky enough to have sun kissed looking skin.

Anyway the point of this article is, that when you are travelling you notice that culturally, different people have different beauty regimes and the one that has always stood out to me the most was the Chinese beauty regime the women go through every morning.

The girls get up so early, time which I would much rather spend in bed, overall their beauty routine takes them around 2 hours.  This is time that from my own point of view, I just couldn't justify.

The first time I went travelling, I took with me a tiny bit of make up - which consisted of a mascara and some bronzer.  I even left my straighteners at home.  Something which if you had asked my friends then and now - would say I couldn't live without.  I am not one of those people blessed with naturally beautiful hair, in fact going to bed with wet hair means waking up resembling something of a yeti or maybe cousin it.  I am sure you will spot a few differences in the pictures below. 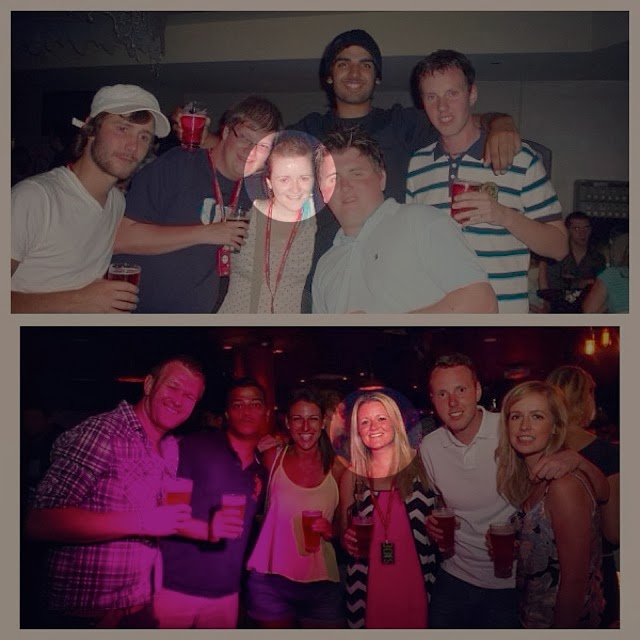 What I have learned from travelling however, is that make-up is impractical and you end up looking like something from a horror film as it melts off of your face anyway.  So going natual for the day, no matter how scary that may seem to some people isn't the end of the world and you are beautiful in your own right anyway - so don't let anyone (even yourself) tell you otherwise.

Some of the best nights out that I have had in my 26 years years, have been the ones I spend with the boys, drinking bear after a day at the beach in my bikini, shorts and t-shirt (yes that's right sometimes not even having a shower).  You don't have to be dressed up to have fun.

When you look back on pictures of yourself in years to come, it won't be the fact that you aren't wearing any make up that you notice - all you will will see is memories.

***I realise that this is a sensitive subject and my intention was not to offend anyone, so I do apologise if I have.

Email ThisBlogThis!Share to TwitterShare to FacebookShare to Pinterest
Labels: make up, travelling